In June 2019 representatives of CCI Company took part in the 28th Scientific and Technical Conference of Blast-Furnace Metallurgists of Ukraine with a report on the topic: “Metallurgical properties of iron ore products”.

In 2002, our specialists already took part in the similar conference of Blast-Furnace Metallurgists, which was help in Yalta. The report was about the need of determination the metallurgical properties of blast-furnace coke by CRI-CSR indicators. CCI was the first company in Ukraine which acquired the equipment for CRI-CSR Test and worked on it rather successfully. So, in 17 years this analysis became the main indicator of the coke quality for Ukrainian blast-furnace metallurgical industry.

However, similar tests revealing the metallurgical properties of iron ore are not widely used by the Ukrainian blast-furnace metallurgists for today.

END_OF_DOCUMENT_TOKEN_TO_BE_REPLACED

The Ministry for Development of Economy, Trade and Agriculture of Ukraine recalls that since January 1, 2019, the vast majority of interstate standards (GOST), developed before 1992, ceased to be in force in Ukraine.

The need for GOST termination in Ukraine is determined by the Program of Activities of the Cabinet of Ministers of Ukraine. According to this program, in 2015 SE “Ukrniuts”, which performs the functions of the National Standardization Body, issued relevant orders to abolish GOST with ceasing to be in force during 2016-2018 and with a complete rejection from January 1, 2019.

they were developed on the basis of international standards, versions of which are relevant, and which, in accordance with paragraph 2 of Section VI “Final and Transitional Provisions” of the Law, are applied as national standards.

Since in Ukraine it is impossible to continue using GOST standards the Ministry for Development of Economy, Trade and Agriculture of Ukraine and the National Standardization Body strongly recommend that all interested parties who use GOST standards in their work use the recommendations of the Ministry for Economic Development and the State Company “UkrNDNTS” and find an alternative to GOST standards. These standards are actually regulatory acts of already non-existent state and contradict the innovations introduced in the field of technical regulation of Ukraine and Ukraine’s obligations to reform the technical standardization system provided for by the WTO Agreement and the Association Agreement with the EU.

At the same time, it is necessary to develop a national standard system to replace the relevant GOST standards. So, any interested party (authorities, manufacturers associations, enterprises, public organizations and other) can become a customer and order the development of such standard in accordance with the Law of Ukraine “About Standardization”.

Clarifications of the Ministry for Development of Economy, Trade and Agriculture of Ukraine regarding the standards application including cancellation interstate standards (GOST) in 2015: http://csm.kiev.ua/images/stories/2019/document/rozyasnennia_minekonomrozvitku.pdf

Clarification of the National Standardization Body of the State Company “UkrNDNTS” regarding standards application, including cancelation of interstate standards (GOST) in 2015: http://csm.kiev.ua/images/stories/2019/document/rozyasnennia_ukrndnc.pdf

The top priority goal of CCI activity is obtaining reliable, reproducible and objective results of inspections and tests.

For this purpose, as well as for the evaluation of the laboratory activity, to compare the tests results with other laboratories, to reveal problems in its work, as well as to fulfill the requirements of DSTU ISO / IEC 17025 “General requirements for the competence of testing and calibration laboratories» by testing and calibration laboratories CCI Company initiated interlaboratory comparative tests of solid mineral fuels, graphite, metallurgical slags, manganese ores in the III-IV quarters of 2018.

In these tests took part the leading mining, metallurgical, and coke-chemical enterprises of Ukraine.

CCI testing laboratory is always open for new offers and is ready to initiate and take part in such tests.

We are always open for cooperation.

Our goals determine the success that we are going to achieve.

We would like to inform you that in order to protect your rights and interests we have developed special protected letterheads with a hologram and an individual number for our certificates and protocols. Each of the documents is registered in the “Registrar of issued protocols and certificates.”

If you doubt the originality of these documents or you want to verify the authenticity of the information, please, send us an e-mail to cci-kr@cci.ua.

We value your trust and we will be thankful for informing us about any facts of falsification.

Thank you in advance.

We are glad to inform you that CCI continues to extend the range of its services. In 2017 we implemented the whole range of laboratory tests used to determine the metallurgical properties of iron ore pellets.
Among them are: 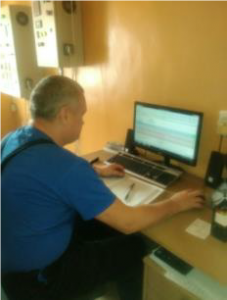 At the present moment a lot of work is being done to study possible factors which affect the metallurgical properties of pellets, including the mechanical strength of the pellets. 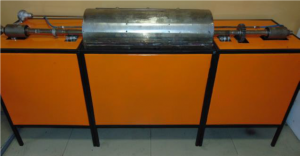 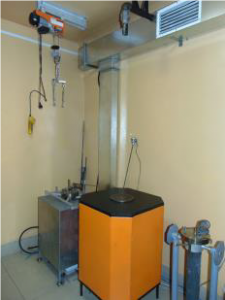 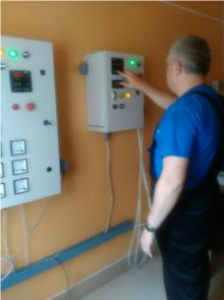 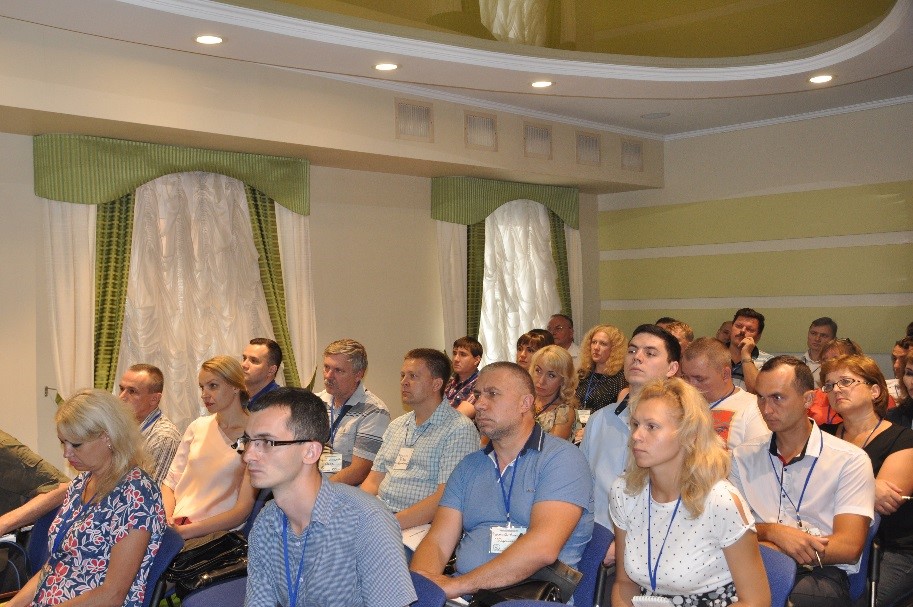 13.07.2017 The workshop “Practical implementation of the elemental analysis of industrial materials in accordance with European standards.” was organized 13.07.2017 by the Testing Laboratory of Modern Certification and Inspection CCI, together with Spectran Company.

In the first block of the seminar there were reviewed the general concepts about X-ray fluorescence analysis, the possibilities of this type of analysis, usage of Rigaku spectrometers for elemental analysis. In addition, there were presented in detail the structure, methods of sample preparation, necessary equipment and the requirements of the following ISO standards:

Particular attention was paid to the implementation of these methods in CCI laboratory with a full assessment of the accuracy, correctness and precision of measurement methods and results.

Participants of the workshop seminar provided their samples and in the second part of the seminar they had the opportunity to see and try to independently prepare samples by fusion with flux and analyze them on the X-ray spectrometer.

We want to express our sincere gratefulness to all our guests for taking part in the workshop-seminar and hope that our meetings will become a good tradition. 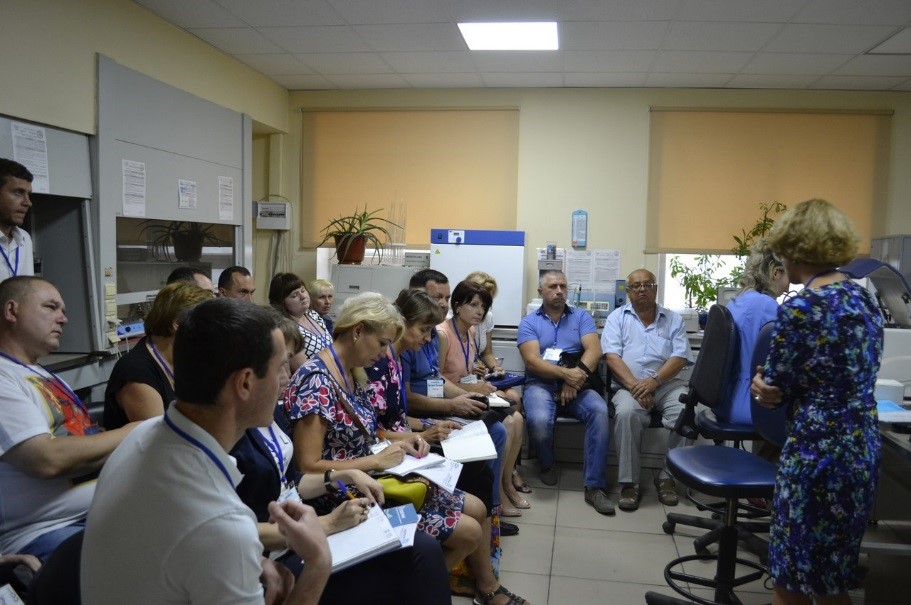 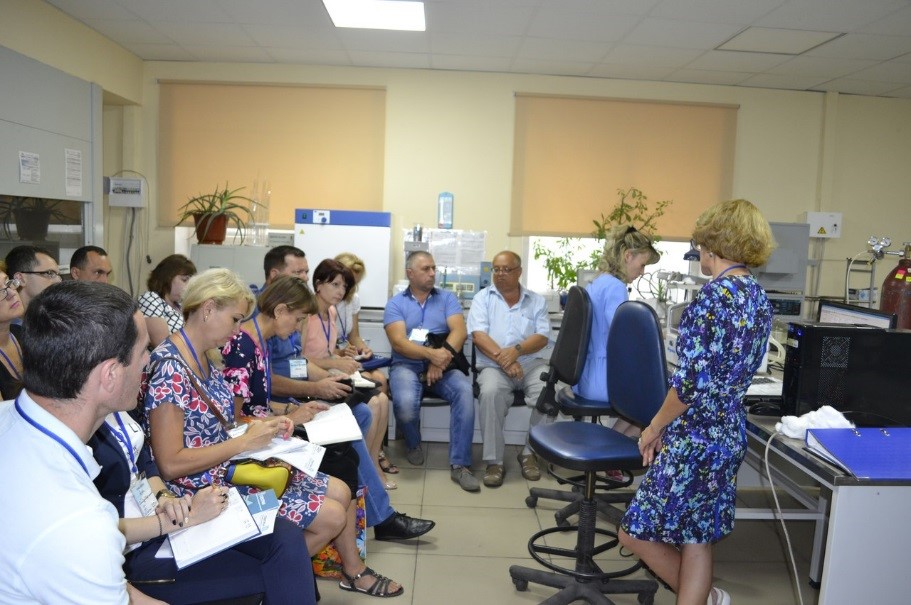